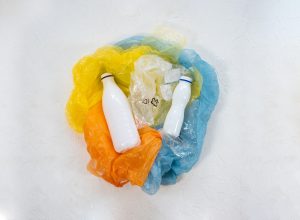 A Wicklow-based environmental group has called on the Government to bring in new legislation that would impose hefty fines on businesses found guilty of large-scale environmental contamination.  The group’s appeal follows a recent plastic spill at Dublin’s Forty Foot. SIAC, the company responsible, was working on the redevelopment of Dún Laoghaire’s baths when plastic fibres washed into the Dublin Bay last week while workers were pouring concrete into the site.

The incident prompted public condemnation with the Mayor of Dún Laoghaire urging the company to fully pay for the clean-up under the polluter pays principle.

Brittas Bay Beach Care has started a petition asking Minister for Climate Action and Environment, Richard Bruton, TD to hold the company to account for their negligence and consider bringing in new legislation to include heavy fines for large-scale ecological damage.  “We need higher penalties to be imposed on companies who behave negligently toward our vulnerable natural environments,” a statement from the group reads.

Dún Laoghaire’s Mayor and Green Party Councillor, Ossian Smyth, also said that he is outraged by the incident and is demanding that “polluters” accept accountability and pay for the clean-up operation.  “I am outraged that that SIAC, one of Ireland’s largest construction companies, has caused a huge plastic pollution incident along the coast of Dún Laoghaire,  The spillage is already impacting heavily all along the coast and will cause immense damage to local wildlife and biodiversity,” Cllr Smyth said.

Plastic spillage into the sea may adversely impact the livelihood of marine species and contaminate water.

SIAC has started a clean-up effort earlier this week with local volunteers and Dún Laoghaire-Rathdown County Council’s crew reportedly offering assistance to the operation.  Cllr Smyth said that the spillage has prompted an environmental crisis in the area, calling on SIAC to take care of all the costs related to the operation.

A cause for the incident is set to be determined by Environmental Protection Agency (EPA) with all concrete pouring activities being halted on site until then.

Verde Environmental Consultants are highly experienced and are qualified to carry out Appropriate Assessments.

We have completed Appropriate Assessments and Natura Impact Statements (NIS) for numerous projects in terrestrial, freshwater and marine environments across Ireland.