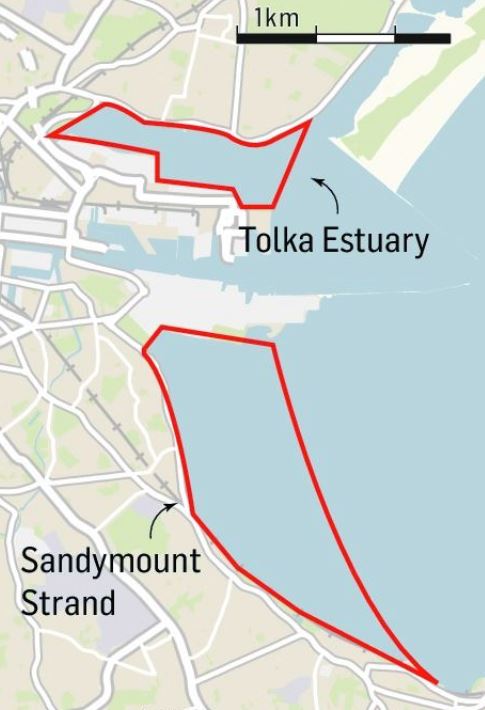 Reclaiming Dublin Bay would help Ireland meet its climate targets, as well a providing much-needed housing for the city’s growing population, David Browne, president of the Royal Institute of the Architects of Ireland, has said.

The Government’s Project Ireland 2040 plan, which aims to guide sustainable development, was not adequate, said Mr Browne, who is a director of RKD Architects.  “We need to be taking a longer view than the Government is taking in project 2040. We have to think and plan much further than the next 20 years. We have to imagine where the city is going to be, not where it is now.”

Ireland would fail to address climate change problems if it continued to allow Dublin to sprawl outwards instead of creating greater density in the city area, he said.  “We need long-term planning now with a roadmap for sustainable city development to 2070,” he said. “We know we have a window of about 12 years to address climate change, but we can’t do that if we continue to allow sprawl to erode agricultural land, with development densities that are too low.”

The new Poolbeg strategic development zone, centred on the former Irish Glass Bottle Company site right beside Sandymount Strand, is already designated for apartments for more than 8,000 people, and construction has yet to start. However, Mr Browne said this development will serve only to meet immediate housing needs, while reclaiming and building on Sandymount Strand and the Tolka estuary could provide enough homes for 150,000 people.  “There is nowhere else for the city to go. At the moment we have the docklands under construction, but that is almost finished. Then there will be Poolbeg, but again that will be built out in a few years . There are vacant sites between the canals, but they are very patchy and they don’t offer the potential we need.”

A new, planned, Dublin Bay neighbourhood would offer people the attractions of waterside living, close to the city in environmentally sustainable neighbourhoods.  “I would envisage a mix of 80 per cent residential and 20 per cent commercial based of the principal of the ‘five-minute neighbourhood’, with civic quarters that have self-contained amenities within a five-minute walk,” he said.  “We need to convince the public how much more attractive urban living is, than living in an isolated place where the only option is to get into your car. It’s been done in Copenhagen. Building beside the water creates a really enjoyable urban space you can spend your whole life in.”

Developing Sandymount Strand would allow more value to be derived from the rail line, which was “one sided”, with development only to the west after the Merrion gates. It would also protect homes in Sandymount, many of which were at or below sea level, from flooding.

Mr Browne points out that Dublin’s existing docks and most of the eastern side of the city centre is on reclaimed land, and modern engineering solutions, including building up the level of land, would protect the new development from flooding.

“Reclaiming land in Dublin is nothing new. What we need to do is build up the level of the land. You could go out to the Kish bank and bring in sand in a pipe and spray it on. It would take two or three years to build it up to the level needed. Another approach would be to use the huge amount of construction waste in the area. Obviously it would have to be screened.”