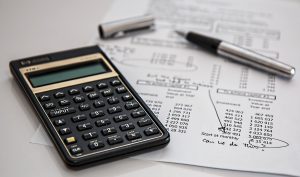 Budget 2021 – where do climate and biodiversity stand?

The word has really worn itself out this year, but both this Budget and the times we find ourselves in are truly unprecedented.  Clocking in at €24.5 billion in support measures, Budget 2021 is nearly eight times the size of last year’s Budget plan. There is, as to be expected given the disastrous scale and scope of the Covid-19 pandemic, a massive investment into our health system and social protection, coming in at €20.2 billion and €22 billion respectively. But where does the intersecting crises of climate and biodiversity fit into all this?

What is less clear is how much will be allocated to the National Parks and Wildlife Service (NPWS).  Minister McGrath told the Dail today that €29 million will be distributed amongst heritage organisations, one being the NPWS. Campaigners have long called for an injection of exchequer funding into the organisation, which currently is allocated €14 million. The Irish Wildlife Trust and Birdwatch Ireland have previously called for €50 and €100 million respectively to be allocated to the body.  How much of these funds will be funnelled into the NPWS is yet to be known.

The first climate-related measure addressed in Minister for Finance Paschal Donohoe’s speech was a hike in the carbon tax.  It will increase by €7.50 from this year up to 2029 and rise by €6.50 in 2030, bringing the total carbon tax to €100 per tonne by the end of the decade.

Roisin Shortall TD of the Social Democrats noted that a carbon tax can be used to change behaviour, but that there needed to be a commitment that people will not be punished by its measures.

The €5  increase to the living alone allowance and the €3.50 fuel allowance increase was therefore insufficient, she stressed.

Additional revenue raised, according to government documents, will be invested in efforts such as energy efficiency, social protection, and pilot environmental programmes in agriculture. Revenue from the tax will also be allotted to the Continued Carbon Tax Investment Programme.

However, despite the increase in carbon tax being €7.50 this year compared to last year’s €6, many key components under this Programme will remain at 2020 funding levels. This includes 2021 Programme allocations to fuel allowance, peatlands rehabilitation and the Just Transition Fund. The Aggregated Housing Upgrade Scheme, an element of the aforementioned Programme, will cease to be funded in 2021. In 2020, it was allotted €20 million under the Programme.

Vehicle Registration Tax (VRT) rates and bands have been adjusted so that lower VRT rates will apply to lower-emitting cars and that higher emitting vehicles will have to pay more in tax.

The move, according to Minister Donohoe, will “encourage motorists who are in the market for a new car to make greener choices”.

Tax reliefs for plug-in Hybrid Electric Vehicles and hybrids “will be allowed to expire”, according to the Minister, based on the Government’s rationale that lower VRT rates will now be applied to cars that emit less.

Motor tax bands and rates have also been adjusted and from January onwards, all new cars will be taxed on their emitting capacity with higher climate-impact vehicles facing more taxation.

Sinn Fein TD and finance spokesperson Pearse Doherty warned in response that these measures do not reflect a Just Transition and that such increases “will affect those who can least afford a tax hike and those in rural areas who are heavily dependent on cars”.

An additional 100 million from carbon tax revenue will go towards energy efficiency in homes, according to Minister for Public Expenditure and Reform Michael McGrath. This is an 82 per cent increase in funding from last year’s budget, according to the Minister.

The investment will be “complemented by” significant additional Exchequer funds to provide for “increased staffing levels” in the Department of the Environment and the Sustainable Energy Authority of Ireland, according to Budget documents.

Retrofitting grants will also be provided via the Warmer Homes Scheme and Minister McGrath said the Government “recognises waiting lists at the moment are simply too long”.  The National Home Retrofit Scheme will also be available to homeowners who “want to upgrade the energy efficiency of their home to a B2 rating”, according to the Minister.

Over half of the funding needed for such energy efficiency measures is expected to come from carbon tax revenue.  And speaking of retrofitting, the Minister also said additional funding would be available to provide for 1500 new places in retrofitting courses under this Budget.

There is going to be a €1 billion increase in public transport as part of the €10.1 billion capital expenditure planned for 2021.  The allocation, according to Minister for Climate Eamon Ryan, “will ensure that our transport network continues to grow sustainably into the future, providing our citizens with viable and affordable transport alternatives, while also working to meet our climate and environmental objectives”.  Increased funding will mainly focus on programmes like BusConnects, MetroLink, and Dart expansion, as well going towards developing active travel.  According to Minister Ryan, €360 million will be allocated to support walking and cycling projects nationwide, with €50 million going towards Greenways.