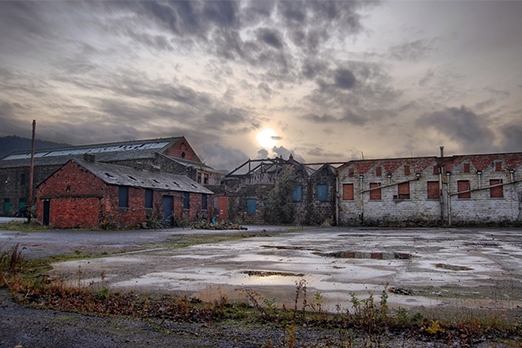 A survey from the Campaign for the Protection of Rural England claims to have discovered that there is enough brownfield land in England for a million new homes. But the report shows that the system devised by Government to encourage councils to identify brownfield land with the potential for rapid house building is not working effectively, because of the lack of resources in local authorities and legal problems around liability.

According the CPRE, entries from councils’ brownfield land registers, obtained from their websites, appear to indicate land sufficient for more than a million homes across over 18,000 sites and over 26,000ha. More than half of housing is identified as deliverable within the next five years. But the report says that the sites for half a million new homes have yet to receive planning permission.

Maggie Baddeley, England policy officer for the Royal Town Planning Institute said that the CPRE figures should be viewed with some caution. She noted that planning authorities have had extreme difficulty in compiling registers and keeping them up to date, so that their contents may not be reliable.  She commented: “The registers are problematic. While councils are required to produce them they don’t have the resources to spend much time on them. All authorities may have registers but many are in a draft form, where they have just transferred existing site allocations from their development plan.”  She added that entering details on part 2 of registers, listing sites with Permission in Principle, “almost universally hasn’t happened”. She said: “To do this councils would have to carry out all sorts of assessments and that is disconcerting for them. You can deal with heritage assets above ground quite easily. But it’s more difficult to deal with what’s below ground. For local authorities to transfer worthwhile sites across to part 2 means, in many cases, that they have got to do work that they don’t have resources for.”

At the time of CPRE’s last brownfield survey in 2018, 95% of local planning authorities had compiled a register. The number has increased to 100%, however, according to the CPRE’s analysis, the total area of sites identified on registers has decreased by more than 8%, with some larger sites removed.  The CPRE report confirms that some council websites are hard to access and contain inconsistent or incomplete information. It says that, as of February 2019, only 10 councils had entries on or proposed for Part 2 of their brownfield register, across 58 sites with capacity for 1,590 homes.  It notes: “That so few LPAs have explored the use of Part 2, demonstrates that understanding and proactive use of PiP is still in its early days … There is a long way to go in realising the benefit of brownfield registers in helping to speed up the identification and permissioning of housing development on brownfield sites.”

The report says that, because of “restrictive definitions” under the National Planning Policy Framework of brownfield land having been ‘previously developed land’, many potentially useful pieces of land, as well as smaller sites, are being overlooked.  A CPRE survey of Enfield quoted in the report claims that the north London borough has space for 37,000 homes on a wide range of brownfield land, including through the ‘intensification’ of existing sites, compared to just 2,170 homes identified on Enfield’s most recently published register in December 2017. The report proposes that land partially currently in use, for example for supermarket car parks, could also be built on.

To counter developers’ reluctance to build on brownfield sites because of low property sales values and high remediation costs, one council quoted in the CPRE report, Middlesbrough, is launching a not-for-profit Housing Delivery Vehicle, allowing it to control the delivery of inner-city sites.

The report calls for the implementation of recommendations in Sir Oliver Letwin’s ‘build out’ report, to give councils stronger powers on compulsory purchase and for development densities to be increased on brownfield land from the current average of 41 dwellings/ha.  It states: “It is important that suitable brownfield land is used more efficiently, preventing the unnecessary loss of our countryside and green spaces, whilst providing more homes closer to where people work, go to school and spend their leisure time.  It adds: “Where councils are failing to identify all possible opportunities and even in areas with a lot of suitable brownfield capacity, countryside remains at risk. This shows the importance of implementing a genuine brownfield first approach to development.”

The report was welcome by the Local Government Association, whose housing spokesman, Martin Tett, said: “Councils are committed to bringing forward appropriate sites and ensuring homes are built where they are needed. This timely report highlights the availability of sites across the country to deliver enough homes and infrastructure to begin to address the national housing shortage we face.”