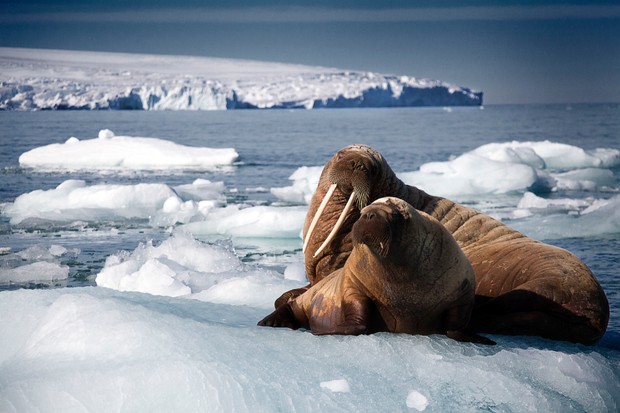 The BBC has assembled its largest ever panel of natural history TV presenters to put the environment firmly at the top of the broadcaster’s agenda.  Seven presenters, including Chris Packham, Liz Bonnin, Steve Backshall and Gordon Buchanan revealed details of programmes coming up in the next few months that will examine the threats posed to planet Earth.

The launch at Kew Gardens in London comes a month before Netflix broadcasts its own clarion call for the world with the eight-part series Our Planet, and will be interpreted in some quarters as the BBC asserting its authority in the area of natural history film-making.  The BBC’s most senior television executive, director of content Charlotte Moore, said the environment was “one of the most pressing and important issues of our time”. She went on: “The audience really want to know more about the way our planet is changing. We feel that this is just the beginning of the conversation.”

Each of the presenters outlined details of the programmes they’ve made, but it was Chris Packham whose documentary polemic on population growth produced the biggest reaction.  “It is in my opinion the single most important thing to talk about,” he said. “We spend a lot of time worrying about climate change, but as a species we are enormously intelligent and adaptable and our species will survive the impact of climate change. The changes we will undergo will be catastrophic and life will be nothing like it is now, but we will survive.”

But population growth poses a much bigger threat, said Packham, adding that the Earth’s population has doubled since 1968.  “We are just simply running out of resources. We, here, survive on the resource poverty of other people in other parts of the world. There are too many of us and we need to have this discussion.”

Packham said his programme – which is due to air in summer 2019 – will pose questions that viewers might find hard to deal with.  “For instance,” he said.  “Have you considered what measles and mumps and polio and smallpox were for? Because in nature nothing is redundant. If it exists there’s a purpose for it and the cold reality is that these diseases that we have so successfully beaten through fantastic advances in medical science were part of an ecological system that regulated human population size. We’ve beaten them and at no point in the film are we saying we should turn back the clock and allow people to die of diseases again, but that’s changed the shape of our population.”

Packham spoke of his elderly and ailing father who he described as being regarded as a “burden on the NHS”.  “My argument is that he is not a burden on the health service and what we should have been thinking about is how we deal with an ageing population.”

Hugh Fearnley Whittingstall went on to speak about his film on plastics – a series that sees him empty a carrier bag of plastics on a table in front of Environment Secretary Michael Gove.  He said that the public was “fired up and ready” to embrace ways of reducing plastic consumption, but there had to be the will from Government and big business as well.  “People are starting to take direct action by dumping plastic at the supermarket. People are indignant and they want things to change.”

Packham was asked whether he was optimistic about the future. He had an upbeat response: “I have got a sneaking suspicion that the best part of the human species time on earth is yet to come. At the moment we are making lots of mistakes but are reaching the time when we recognise that and are beginning to address that. Although the way we live on the planet will be very different due to climate change and due to excessive population, at a certain point in our future we will, perhaps, get back to a time when we can live in harmony with the planet. But I think there will be an enormous amount of discomfort for our species to get to that point. When problems arise we solve them. We are brilliant at cure but terrible at prevention.”