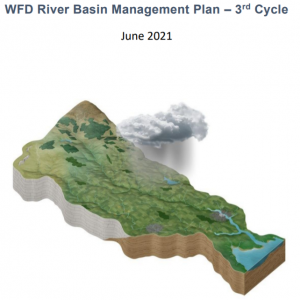 The EPA has carried out an analysis to identify the catchments where nitrogen concentrations are too high to support healthy aquatic ecosystems, or at least Good Ecological Status under the Water Framework Directive.  The reductions in nitrogen in waters that are needed in these catchments has been calculated, and critical source area maps have been developed to help target nitrogen control measures in the landscape. Although achieving Good Ecological Status requires that relevant standards are also met for other quality elements, such as macroinvertebrates, dissolved oxygen, phosphorus, fish and other relevant parameters, for the purposes of this document, the focus is on nitrogen.

This document describes the following:

Assessment of the types of actions on land that will be needed to achieve the required reductions in nitrogen in waters is being considered by the Department of Agriculture, Food and the Marine and the Department of Housing, Local Government and Heritage, with support from Teagasc, and is outside the scope of this assessment.

Verde Environmental Consultants are currently involved in a monthly lake monitoring program throughout Counties Clare and Wicklow, as part of the Water Framework Directive requirements of River Basin Management Plans. The monitoring works include sample collection at a total of 19 lakes in County Clare and six lakes in Wicklow.

Verde samplers obtain water quality samples and field readings from open water and shore locations at specified locations on the lakes using quality assured sampling methods to ensure the samples are representative of the water body being sampled.  Dedicated samples bottles are used for various analysis including physio-chemical, ions, metals, chlorophyll and phytoplankton and sent to various EPA and County Council laboratories for analysis.

Field measurements of temperature and dissolved oxygen profiling are undertaken at specified locations at certain times of year to examine potential thermal stratification over the depth of the lake.

Verde adhere to procedures of decontamination of boats and sampling equipment between lakes to prevent the potential for the spread of non-invasive species such as Zebra mussels and Crayfish plague.

Verde has built a team of water resource assessment specialists who are focused on delivering quality hydrogeological services such as groundwater abstraction feasibility assessments, authorisation of discharges to groundwater technical assessments and water quality / level monitoring.

The development of sustainable groundwater resources is a key element in helping our c lients to reduce costs associated with the use of water.