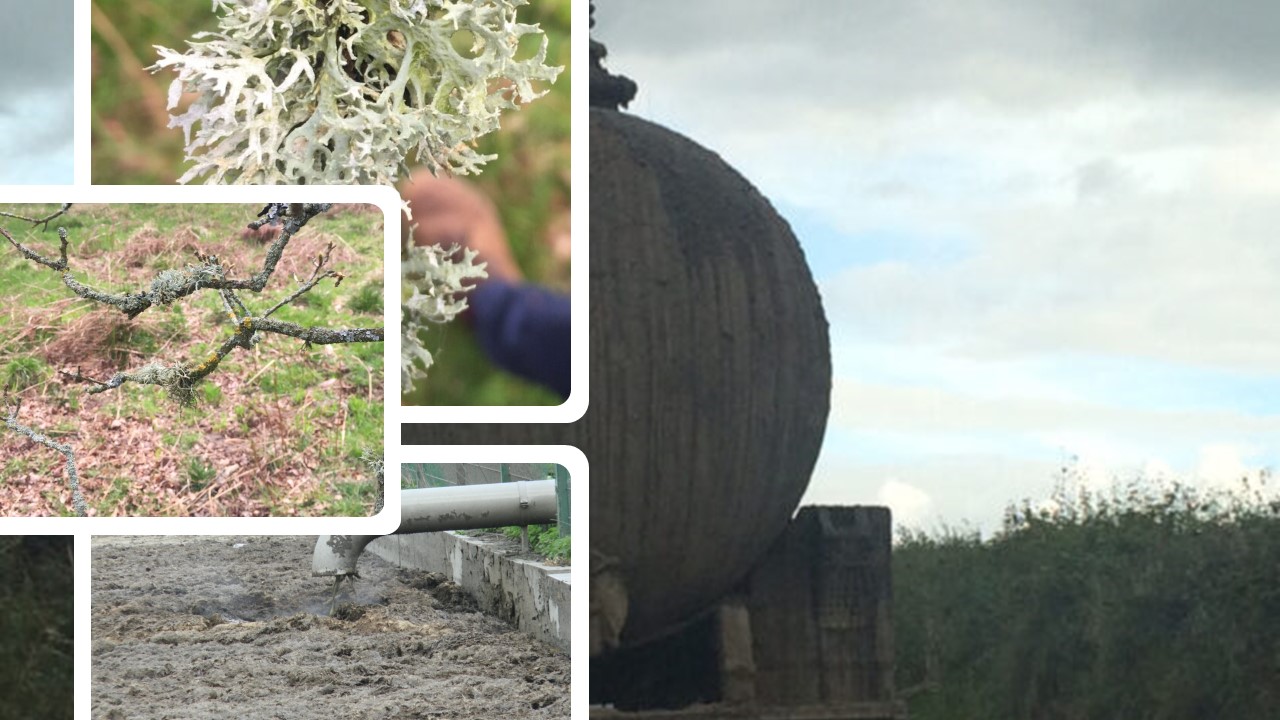 Ammonia and nitrogen pollution, mostly from farms, is harming more than 60% of the UK’s land area and hitting the most sensitive habitats for plants and wildlife hardest, a government report has found, despite there being no clear plans to monitor or reduce its impact.  More than 85% of England’s total land area receives ammonia concentrations above the critical level set to protect lichens, mosses, liverworts and similar plants – keystone species that are vital to ecosystems – while Northern Ireland is even worse, at 88%. Just over half the land in Wales is affected, and less than a fifth of Scotland.

When sites that are particularly sensitive are considered, including special areas of conservation, special protected areas, and sites of special scientific interest, England is worst hit, according to a study from the Department for Environment, Food and Rural Affairs (Defra), with 95% of sites overloaded with the pollutants. In Wales and Northern Ireland 89% and 85% respectively of sensitive sites suffered excess levels of nitrogen. Only Scotland had lower levels, with nitrogen above “critical load” at only 40% of sites in 2014-16.

The pollution, which flows into waterways and is deposited into the air, can have a devastating effect on plants and animal life. Lichen, for example, may be killed off by excess ammonia gas, leading to knock-on effects for the wildlife that depend on it for food. Studies have shown grasslands losing species – which affects pollinating insects – and fungi that help trees and other plants to grow are being killed off.

Simon Bareham, principal adviser on air quality and biodiversity at the Welsh environment agency, Natural Resources Wales, said: “If we don’t do something we risk losing some of these internationally important [ecological] communities that we have hung on to since the last ice age. In the short term, this poses one of the biggest threats to biodiversity that I’ve come across in my career of over 30 years.”  He pointed to sites in Wales where lichens that are sensitive to nitrogen are dying off. This has dire knock-on effects, because the lichens provide habitats for invertebrates which in turn are eaten by birds. They also absorb half of the rainfall in forest ecosystems, preventing flooding and storing water for release in dry periods.

Experts and activists are calling for urgent government action to stem the rise of ammonia emissions, nearly 90% of which come from farms. Ammonia is a compound of nitrogen and combines with other pollutants in the air to form fine particulates that pose a grave danger to human health. At least 3,000 deaths a year could be prevented by halving agricultural emissions of ammonia, according to a joint investigation by the Guardian and the Bureau of Investigative Journalism.

Ammonia – a pungent gas that in large concentrations can cause stinging in the throat, eye damage and even death to humans – is associated with animal manure and nitrogen fertilisers. When these fertilisers are used on the land, the nitrogen can also wash off into nearby waterways, where it causes the overgrowth of some plants and the death of others, disrupting natural ecosystems.

Caroline Lucas, the UK’s only Green Party MP, said: “We usually associate air pollution with cities, so it’s shocking to see how much rural areas are affected by ammonia pollution. It’s clearly vital that the government closes the loophole which means that beef and dairy farms are not monitored. This should be a priority in the environment bill.”  But she urged people to look beyond the immediate pollutant effects and press for wider changes in the UK’s food and farming systems. “Pressure on farmers is forcing many to adopt more intensive agricultural practices for livestock and crop production, and this will only get worse post-Brexit. We need to move to more sustainable practices. This means less but better meat and dairy production, which would not only improve air quality but also benefit the environment, lead to better public health and improve animal protection.”

Civil society groups called for sweeping reforms to the way farms are monitored and regulated. “The UK must address what’s coming out of our farms as well as our exhaust pipes,” said Kate Nield, clean air lawyer at Client Earth, which has successfully taken ministers to court over air pollution. “Unless urgent action is taken, the government is on track to miss legally binding commitments to reduce ammonia by 2020 and 2030. Relying on voluntary measures will not be enough. If binding rules to limit polluting farm practice aren’t put in place as soon as possible and farmers aren’t made to comply, we will have a major blind spot.”

Philip Lymbery, chief executive of Compassion in World Farming, called ammonia “a huge public health and environmental issue that needs to be tackled urgently”, and pointed to the intensification of agriculture in the UK as one of the chief causes. “Action needs to go way beyond simply covering slurry pits and other quick-fix methods to a major root cause: the proliferation of mega farms in the UK,” he said.  “Large-scale factory farms with huge numbers of confined animals mean vast quantities of manure and a surge in air pollution. [The government] needs to get serious about charting a course away from deeply damaging industrial livestock farming.”

The number of intensive pig and poultry farms has increased by more than a quarter in recent years, previous investigations by the Guardian and the Bureau of Investigative Journalism have shown. There are now about 800 US-style “mega farms” across the country, most of them poultry and pig farms, joined by nearly a dozen cattle “feedlots” for beef production in the east of England.  Local residents living near farms that have moved to intensive production are also often unhappy about the effects. “It used to be like, it’s a beautiful day and you take a deep breath of fresh air and smell the different herbs, grasses, what’s flowering,” said Sarah Macdiarmid, who lives in north Devon, one of the UK’s main dairy regions. “Not any more. Most days, when you go out, you’ve got a brief window and if the weather is fine, they’re spraying [slurry]. And it stinks, it’s absolutely dire.”

A spokesperson for the Department for Environment, Food and Rural Affairs said: “Our clean air strategy sets out for the first time how we plan to tackle farm ammonia pollution by requiring and supporting farmers to invest in the infrastructure and equipment required to reduce emissions. We have already published guidance on how farmers can take action and will consult later this year on policy to reduce emissions from urea fertilisers, the first in a series of rules to reduce ammonia emissions from farming.”

Our wide range of environmental air quality monitoring and management services include: