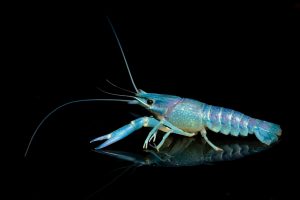 Although the European Water Framework Directive (WFD) does not refer explicitly to alien species (AS), it is clear that invasive AS (IAS) are considered a pressure on WFD water bodies. This article discusses the results of a questionnaire sent to all EU Member States, demonstrating considerable variability in the way that AS data are used in implementing the WFD. Responses were received from 18 countries, including the Republic of Ireland.

Despite these threats, it is only comparatively recently that legislation has been passed at a European level to tackle the problems of IAS. For example, the principal piece of EU legislation governing the management of freshwater and coastal environments, the European Water Framework Directive (WFD), does not specifically mention AS or IAS (Council of the European Communities 2000). The potential impact of AS on the classification of inland water bodies under the WFD has long been recognised (e.g. Noble et al. 2007; Schmutz et al. 2007; Shine et al. 2008) and has been reiterated in a recent set of recommendations that AS be systematically incorporated into WFD assessments because of their potential to alter significantly aquatic ecosystem structure and function (Filipe et al. 2019). The omission of AS in the WFD was rectified for the marine environment in the enactment of the Marine Strategy Framework Directive (MSFD), which makes explicit reference to ‘non-indigenous species introduced by human activities’ as one of the 11 ‘descriptors’ used to assess ‘Good Environmental Status’ (Council of the European Communities 2008). Concurrently, the European Union passed ‘Council Regulation No. 7087 2007 of 11 June 2007 concerning use of alien and locally absent species in aquaculture’ (Council of the European Communities 2007), which is applicable to all aquatic species used in aquaculture and for stocking to enhance wild stocks, with the exception of species used in the ornamental trade only.

The urgent need to counteract IAS was further recognised in Target 5 of the EU Biodiversity Strategy (European Commission 2011): ‘By 2020, Invasive Alien Species (IAS) and their pathways are identified and prioritised, priority species are controlled or eradicated, and pathways are managed to prevent the introduction and establishment of new IAS’. This was followed in 2014 by enactment of EU Regulation No. 1143/2014 on the Prevention and Management of Invasive Alien Species (Council of the European Communities 2014), hereafter the ‘EU Regulation’, which sets out a series of measures for preventing the introduction of AS, for their early detection and rapid eradication, and for management to halt the further spread of invasive species. These measures are directed specifically at an initial list of 37 species of ‘Union concern’, which was approximately half the number identified as potential future invaders in a horizon-scanning study (Roy et al. 2019), with 20 of the 37 species being found in or around water.

A principal environmental objective of the WFD, which was developed from an earlier proposal for an EC directive on the ‘ecological quality of surface waters’ (Boon et al. 2010), is to achieve ‘Good Ecological Status’ (henceforth ‘GES’) in ‘water bodies’ (rivers, lakes, transitional waters and coastal waters)—originally by 2015, although targets for restorative action have since been revised for achievement by 2021 and 2027. The WFD set in place for the first time a statutory process of river basin planning aimed at maintaining or improving the quality of surface waters, thus widening the scope of aquatic ecosystem assessment and management well beyond previous limits. Good status is the second point on a five-point scale from ‘high status’ to ‘bad status’, measured with reference to a suite of quality assessment parameters that encompass water chemistry, hydromorphology (a combination of hydrological and morphological attributes) and ‘biological quality elements’ (BQEs), which include phytoplankton, macrophytes and phytobenthos, benthic invertebrates and fish. Although AS are not specifically mentioned in the text of the WFD, Annex II, Sect. 1.4 identifies pressures, including ‘other pressures’—a category under which AS could be considered relevant (Olenin et al. 2007). Annex V, Sect. 1.2 of the WFD defines high status for each BQE, and includes the statement that ‘the taxonomic composition corresponds totally or nearly totally to undisturbed conditions’. Departure from naturalness is therefore a key principle of the WFD, and it is reasonable to suggest that the presence of AS, by definition, undermines naturalness. Alien species are also mentioned in some of the documents describing the European Commission’s Common Implementation Strategy, such as guidance on pressures and impacts (IMPRESS; European Communities 2003).

Most of the pan-European work on the WFD has so far focused on ‘inter-calibration’—the procedure described in article 1.4.1 to ensure consistency across Europe for the boundaries between high and good status, and good and moderate status. This work has been undertaken by ECOSTAT, the European Commission’s working group on ecological status. However, the relevance of AS in WFD implementation had received comparatively little attention at a European level until a series of three workshops held in 2006 (Brussels), 2008 (Bordeaux) and 2009 (Ispra). The first of these was organised by the Alien Species Group (ASG)—a group set up by the UK Government’s Technical Advisory Group (UKTAG) on the WFD soon after the transposition of the WFD into UK law, comprising the statutory conservation and environment agencies in the UK together with representatives from other government organisations. The second and third workshops were held under the auspices of ECOSTAT.

The outputs from the second workshop were reported to ECOSTAT members in October 2008, who agreed to obtain further information from Member States through a questionnaire, distributed via ECOSTAT in February 2009. The results were summarised at the meeting of ECOSTAT in April 2009 and published by the European Commission (Vandekerkhove and Cardoso 2010).

A detailed discussion on the results of the questionnaire took place at the third workshop in June 2009—an event whose other main theme was to share views on the role of AS in classifying ecological status. By then, classification data for specific WFD water bodies and on AS distributions were available for analysis, and this formed a project carried out by the European Commission’s Joint Research Centre at Ispra, Italy (Vandekerkhove et al. 2013). The conclusions of this work, together with the absence (for many years) of detailed discussions between specialists on aquatic AS, prompted renewed discussion and circulation around Europe of a new questionnaire.

The aims of the present study were to: (1) summarise the results of the questionnaire; (2) identify areas where more work is needed; (3) consider the links between work on AS for the WFD and other European legislation; and (4) discuss how to increase consistency of approach among Member States in a way that will help to reduce the threats to aquatic ecosystems from IAS.