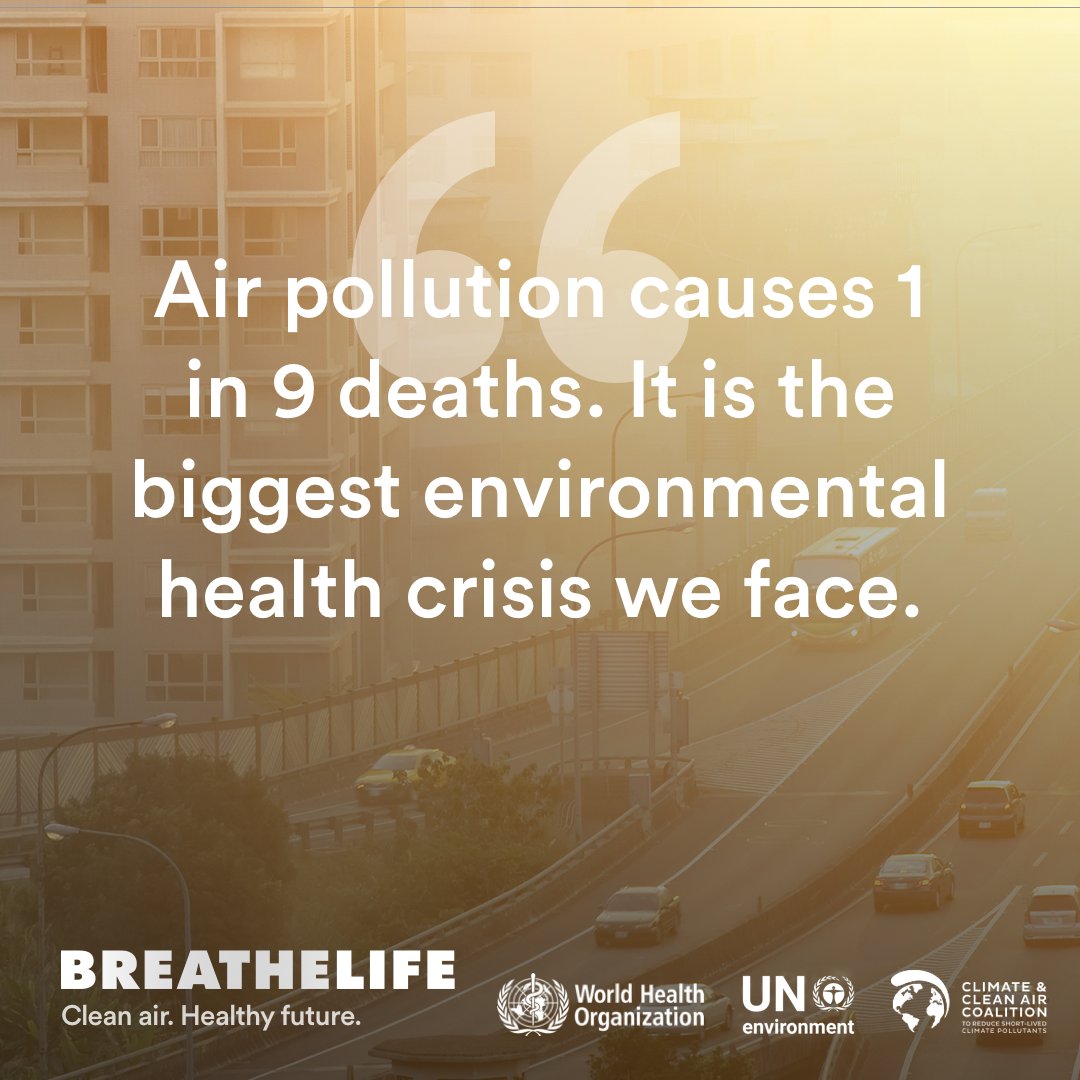 According to the UN Environment, Air Pollution causes 1 in 9 deaths.  It is the biggest environmental health crisis we face.  It has launched a Breathlife 2030 campaign in conjunction with World Health Organisation and Climate and Clean Air Coalition.

In an article in the Irish Independent  (4th Jan 2018), in Ireland, Air pollution kills 1,200 people each year and dangerous readings in New Ross, County Wexford, in mid-December has led to concerns about the health of its residents.

In 2016 Wexford County Council set up real-time monitoring equipment in Wexford Town and New Ross. The system measures fine particles in the air from smoke and fuel emissions known as PM10 and PM2.5, which can penetrate into the lungs and bloodstream. “On one particular evening in mid-December we were reaching limits of PM10 and PM2.5,” the council’s senior executive scientist, Brendan Cooney, told Independent.ie. “To put that into perspective, the air quality was so bad that a UCC professor told me that New Ross had worse air quality than Beijing in 2008 – – when there were concerns over athletes exposure to smog during the Olympics.” The Beijing Olympics of 2008 were the most polluted games ever, researchers confirmed. It’s one of the worst polluted cities in China.

In Ireland, like many EU countries, residential heating is a significant source of PM2.5 emissions. The main source of air pollution is coal and, particularly in the midlands, peat. Dublin imposed a ban on smoky coal in 1990, Cork followed five years later and it was extended to 25 other urban areas in 2013. However, it’s still a problem for smaller, regional towns. New Ross is particularly vulnerable to air pollution because it sits in a valley, which means that smoke doesn’t dissipate on a calm night. “On this day it was bad because it was very cold with very little wind. We always see a surge in air pollution from about 4pm in the winter when people have their fires burning at home,” said Mr Cooney. “People think that we have good air quality in Ireland. Now generally we do, but in small areas and in regional towns, and during particular times of the day, the air quality is quite poor. “On nights of poor air quality, those nights people with asthma will have to use their inhalers more. You’ll see more people being admitted to hospital with breathing difficulties. It is a serious problem and something that people need to be more aware of,” said Mr Cooney.

The HSE confirmed that Ireland has the fourth highest prevalence of asthma in the world. One-in-five children in Ireland suffer from asthma and overall there are four deaths a day directly associated with poor air quality across all age groups. There are 1,200 premature deaths in Ireland related to air pollution. The main cause of death is cardiovascular disease when pollutants enter the bloodstream.

In December, Minister Denis Naughten announced that the Government will impose a ban on the burning of smoky coal nationwide. The ban is expected to come into effect in September this year when coal stocks are depeleted.  “We’ve seen the difference a smoky coal ban makes. When Dublin became a designated smokeless zone we saw a drop in the number of people being admitted to hospitals,” said Mr Cooney.  A spokesperson for the Environment Protection Agency said that Ireland is above the more stringent World Health Organisation (WHO) Air Quality Guideline values at a number of monitoring stations for both PM10 and PM2.5. “This is predominantly due to the burning of solid fuel. It is especially an issue in smaller towns and villages that do not have access to natural gas and/or where the use of ‘smoky coal’ is permitted.  “These guideline values are not a legal limit value but they are developed by the WHO with the current understanding of the health impacts of air pollution – that there is ‘no safe level of air pollution’.”

The EPA said that Ireland has never exceeded EU limit values for PM10 and PM2.5.  It also said that Dublin, despite being the capital, has a good quality of air when compared to many other EU cities but warned that it’s approaching the EU limit for nitrogen oxides. “This is due to a continued over reliance on fossil fuel powered motor cars.  It is also important for air quality in the city and Ireland in general that home owners make clean air choices when deciding how to heat their homes.

“The EPA will carefully review all monitoring received from Local Authorities, including in relation to New Ross and will move to take appropriate action regarding ambient air quality monitoring in those areas.”