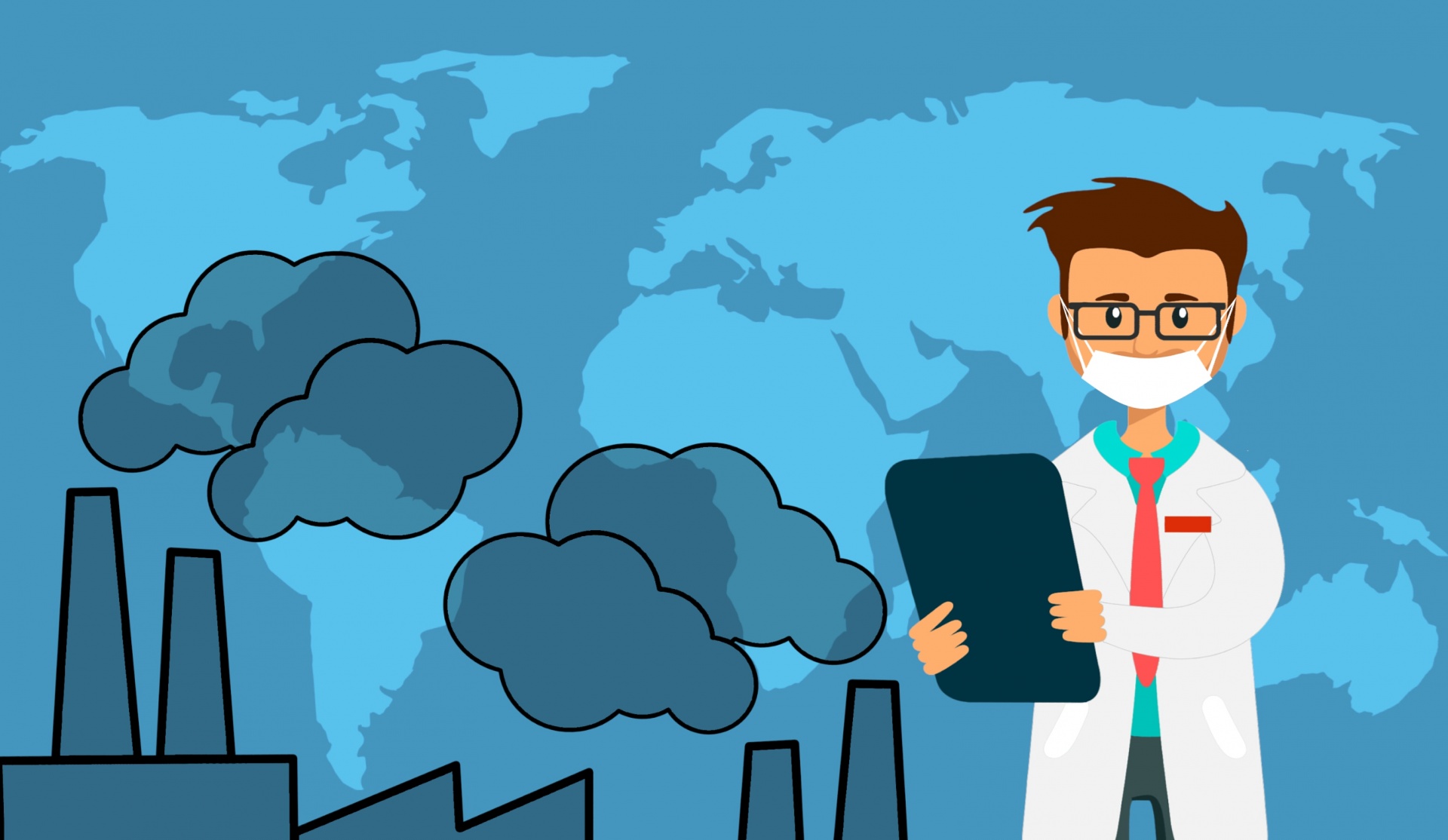 A “pandemic” of air pollution shortens lives worldwide by nearly three years on average, and causes 8.8 million premature deaths annually, according to a new international study by leading scientists. Eliminating the toxic cocktail of molecules and lung-clogging particles cast off by burning oil, gas and coal would restore a full year of life expectancy, they reported in the journal Cardiovascular Research.  “Air pollution is a larger public health risk than tobacco smoking,” lead author Jos Lelieveld of the Max Planck Institute in Mainz, Germany told AFP. Much of it can be avoided by replacing fossil fuels with clean renewable energy.”

Compared to other causes of premature death, air pollution kills 19 times more people each year than malaria, nine times more than HIV/AIDS, and three times more than alcohol, the study found.  Coronary heart disease and stroke account for almost half of those deaths, with lung diseases and other non-communicable diseases such as diabetes and high blood pressure accounting for most of the rest.  Only 6% of mortality stemming from polluted air is due to lung cancer.  “Our results show there is an ‘air pollution pandemic’,” said senior author Thomas Munzel of the institute’s departments of chemistry and cardiology. “Both air pollution and smoking are preventable, but over the past decades much less attention has been paid to air pollution than to smoking, especially among cardiologists.”

The worst-hit region is Asia, where average lifespan is cut 4.1 years in China, 3.9 years in India, and 3.8 years in Pakistan.  In some parts of these countries, toxic air takes an even steeper toll, other research has shown.  In India’s Uttar Pradesh – home to 200 million – small particle pollution by itself slashes life expectancy by 8.5 years, while in China’s Hebei Province (population 74 million) the shortfall is nearly six years, according to the Air Quality Life Index, developed by researchers at the Energy Policy Institute of Chicago.  African lives are also foreshortened by 3.1 years on average, with people in some nations – Chad, Sierra Leone, Central African Republic, Nigeria and Cote d’Ivoire – losing 4.5 to 7.3 years.

Among wealthier nations, the Soviet Union’s former satellite states have the deadliest pollution, especially in Bulgaria, Hungary and Romania. “We show that about two-thirds of premature deaths are attributable to human-made pollution, mainly from fossil fuel use,” Mr Munzel said. “This goes up to 80% in high-income countries,” he added.  “5.5 million deaths worldwide a year are potentially avoidable.”

Unavoidable excess mortality stems from natural dust storms, such as in central Asia and northern Africa, along with forest fires, though both phenomena are being amplified by man-made climate change, according to climate scientists.

The least-impacted regions of the world are the Americas, western and northern Europe, and small island states.

The figure of 8.8 million premature deaths from outdoor air pollution each year is double estimates from the World Health Organization (WHO). “The impact of air pollution on cardiovascular and other non-communicable diseases was significantly underestimated,” Mr Lelieveld explained, echoing a conclusion from other recent research.

The revised number for China is 2.8 million premature deaths each year, two-and-a-half times the WHO estimates.  The researchers said there are signs in India, China and other emerging economies that people are growing intolerant of life-shortening toxic air.  “The realisation that air pollution is a major health risk can contribute to the willingness to phase-out fossil fuels — with the co-benefit of reducing climate warming,” Mr Lelieveld said.

To assess the impact of air pollution on life expectancy, the researchers applied data on exposure to micro-particles (PM2.5) and ozone for the year 2015 to models that simulate how chemical processes in the atmosphere interact with natural and man-made pollutants, and data from the Global Burden of Disease.

Indoor pollution – mainly from cook stoves fuelled by biomass or coal – is also a major killer, but was not considered here.