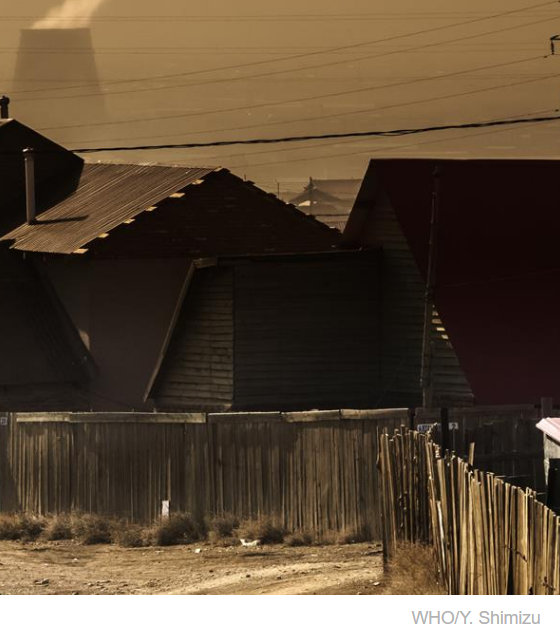 New and improved data from the World Health Organisation (WHO) has found a dangerously high number of the world’s population is still breathing dirty air.

According to its new database, an estimated 90 percent of people are breathing air which falls below its guidelines for air quality.

The latest air quality database from the UN agency has collated information from 4,300 cities in 108 countries, an increase of 1,000 cities since the last update a couple of years ago.

The organisation collected the average concentrations per year of fine particulate matter, such as black carbon, sulphate, and nitrates, which can cause serious health problems.

Anything over 10 micrograms (mg) per cubic metre is deemed to be dangerous to human health, by WHO guidelines.

A large number of cities in India were among the most polluted. Muzaffarpur, in the country’s north-east, showed readings of 197mg per cubic metre, making it the world’s most polluted city. The capital Delhi recorded 143mg. Cairo in Egypt was also high on the list with 117mg.

WHO standards were violated by 97 percent of all major cities within low and middle-income countries. High-income countries performed better, but a full 49 percent of urban centres with a population above 100,000 were breathing toxic air.

By contrast, European cities fared much better, but many still failed to meet WHO standards for clean air. London had levels of 11 mg, Paris 14mg and Berlin 17mg.

In the United States, Los Angeles showed levels of 13mg while New York City was able to meet the standards, coming in at 8mg.

“Air pollution threatens us all, but the poorest and most marginalized people bear the brunt of the burden,” said Dr Tedros Adhanom Ghebreyesus, Director-General of WHO. “It is unacceptable that over 3 billion people – most of them women and children – are still breathing deadly smoke every day from using polluting stoves and fuels in their homes. If we don’t take urgent action on air pollution, we will never come close to achieving sustainable development.”

The poor air is estimated to be responsible for 7 million premature deaths each year, caused by the fine particles reaching into the lungs and bloodstream, leading to high numbers of stroke, heart attacks, and lung cancer, among others.

The WHO called for more accurate air pollution reporting, which was seriously lacking in Africa and the Western Pacific.