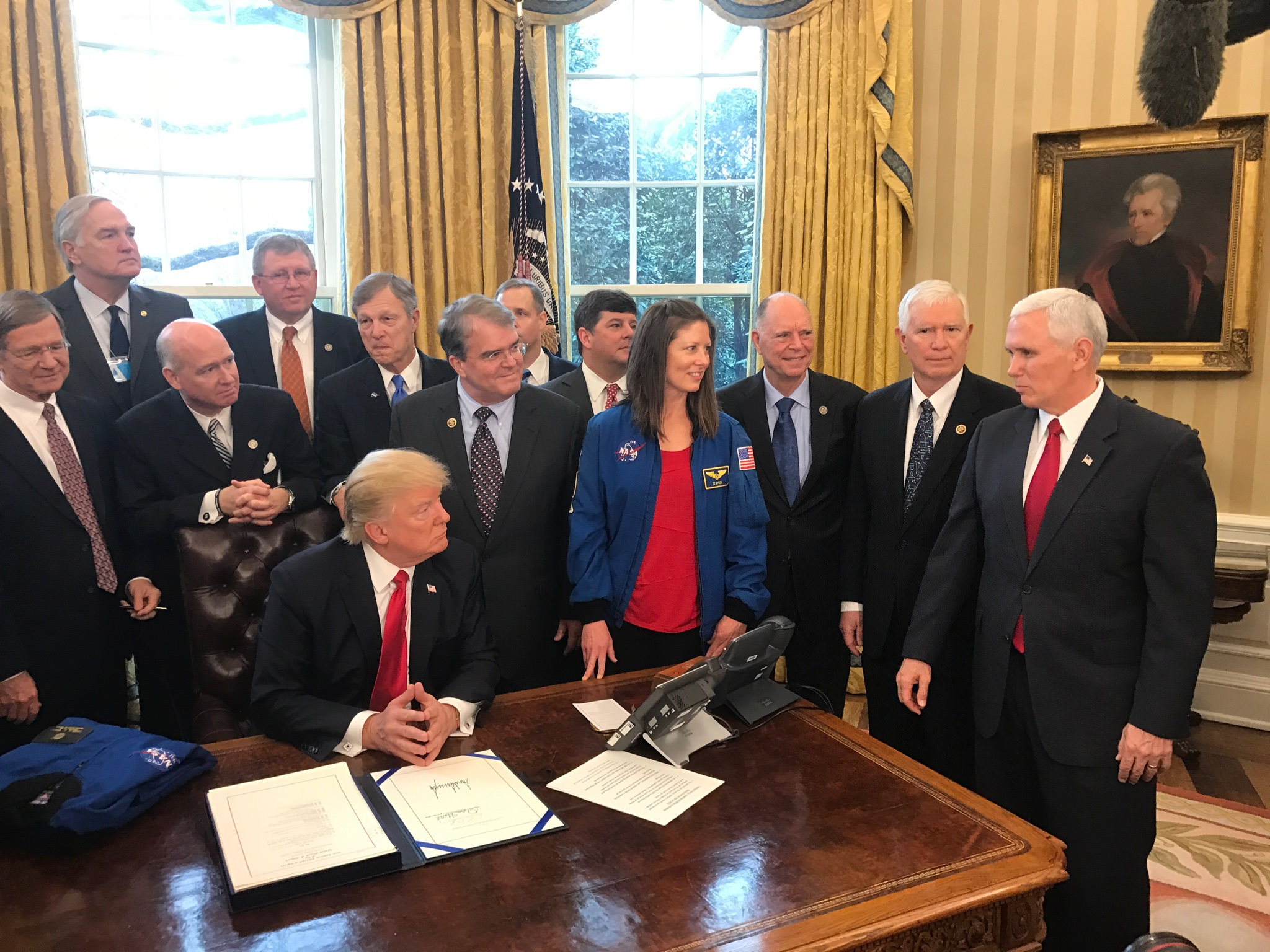 Since the Trump administration took office, it has been fighting what they call an “anti-growth” agenda put in place by the Obama administration. Regulations that required businesses to spend time and money to meet the former administration’s environmental standards were swiftly reviewed and, in many cases, rolled back.

National Geographic has been tracking the decisions that will impact America’s land, water, air, and wildlife. What started with curtailing information when the president took office in 2017 has evolved into actions like executive orders that open public land for business.

States, municipalities, and NGOs have responded to these changes by filing lawsuits to block the administration. Some, like lawsuits against the Keystone XL pipeline, have successfully kept public land closed to additional development.

Below are 15 influential decisions made by the Trump administration that could impact the future of the US.

This is perhaps the decision that set the tone for the Trump administration’s approach to the environment: when he moved to withdraw from the Paris Climate Agreement in June of 2017. To many, it signaled less U.S. leadership in international climate change agreements. (Read more about this decision.)

The Clean Power Plan was one of the Obama’s signature environmental policies. It required the energy sector to cut carbon emissions by 32 percent by 2030, but in October 2017 it was rolled back by Trump’s EPA. Among the reasons cited were unfair burdens on the power sector and a “war on coal.” (Read more on why Trump can’t make coal great again.)

This regulation revolved around a complicated rule referred to as “once in, always in” or OIAI. Essentially, OIAI said that if a company polluted over the legal limit, they would have to match the lowest levels set by their industry peers and they would have to match them indefinitely. By dropping OIAI, the Trump EPA forces companies to innovate ways to decrease their emissions, but once those lower targets are met, they’re no longer required to keep using those innovations. (Read more about air pollution.)

Under the Affordable Clean Energy rule issued in August 2018, states were given more power over regulating emissions. In states like California, that means regulations would likely be stricter, whereas states that produce fossil fuels are likely to weaken regulations. The following month, the EPA announced they would relax rules around releasing methane flares, inspecting equipment, and repairing leaks. (Read more about methane.)

Under the Obama administration’s fuel economy targets, cars made after 2012 would, on average, have to get 54 miles per gallon by 2025. In August 2018, the Trump Department of Transportation and EPA capped that target at 34 miles per gallon by 2021. The decision created legal conflict with states like California that have higher emission caps. (Read more about speed bumps in the way of super-efficient cars.)

In August 2017, President Trump revoked an Obama-era executive order that required federally funded projects to factor rising sea levels into construction. However, in 2018, the Department of Housing and Urban Development required buildings constructed with disaster relief grants do just that. (Read more about how rising sea levels may imperil the internet.)

What are the “waters of the U.S.?” President Trump issued an executive order in 2017 ordering the EPA to formally review what waters fell under the jurisdiction of the EPA and Army Corps of Engineers according to the 1972 Clean Water Act. The proposed change narrowed the definition of what’s considered a federally protected river or wetland. (Read more about Trump’s plans to roll back the Clean Water Act.)

Five companies were approved to use seismic air gun blasts to search for underwater oil and gas deposits. Debate over the deafening blasts stem from concerns that they disorient marine mammals that use sonar to communicate and kill plankton. The blasts were shot down by the Bureau of Energy Management in 2017 but approved after NOAA found they would not violate the Marine Mammal Protection Act. (Read more about how scientists think seismic air guns will harm marine life.)

The uniquely American sage grouse, a bird resembling a turkey with spiked feathers, has become the face of the debate between land developers and conservationists. In both 2017 and 2018, the Trump administration Department of Interior eased restrictions on activities like mining and drilling that had been restricted to protect the endangered bird. (Read more about how the sage grouse become caught in the fight over who owns America’s west.)

In July of 2018, the Trump administration announced its intention to change the way the Endangered Species Act is administered, saying more weight would be put on economic considerations when designating an endangered animal’s habitat. (Read more about the rollbacks facing endangered animals.)

Companies installing large wind turbines, constructing power lines, or leaving oil exposed are no longer violating the Migratory Bird Treaty Act if their activities kill birds. This controversial change was declared by the Trump administration in December of 2017. (Read more about why legally protecting birds is important.)

Unlike national parks, which have to be approved by Congress, national monuments can be created by an executive order, which the president said means they can be dismantled just as easily. Such was the case for Bears Ears and Grand Staircase-Escalante in Utah, which President Trump reduced and opened for mining and drilling companies in 2017. Tribes and environmental groups are challenging that interpretation in court. (Read more about the impacts of downsizing these two monuments.)

Just a day before the longest government shutdown in U.S. history, President Trump issued an executive order that called for a 30 percent increase in logging on public lands. The decision was billed as wildfire prevention, though environmental groups say it ignores the role climate change plays in starting wildfires. (Read more about California’s historic wildfires.)

The Trump administration’s decision to delist climate change from national security threats in December of 2017 meant less Department of Defense research funding and a nationalistic viewpoint on the potential impacts of wildfires, droughts, hurricanes, and other natural disasters. (Read more about how climate change is forcing migration in Guatemala.)

The size and influence of the EPA has shrunk under the Trump administration, and it’s illustrated by their diminished prosecuting power. Criminal prosecutions are at a 30-year low, and many violations that would have been prosecuted in the past are now being negotiated with companies. The administration says this is streamlining its work, but environmentalists have warned it could lead to more pollution. (Read more about the scientists pushing back against President Trump’s environment agenda.)